TN Hotels & More team completed their assignment, in full compliance with the technical assistance agreement, which expired in April 2012.

The Hotel is well located in a very heart of St-Petersburg, where small buildings still keep the spirit and invite you to plunge into the atmosphere of Old Petersburg.

In the first half of 18 century on the place of Pravda street the Palace Sloboda (large village) was located, in which employees of “The Office of his Imperial Majesty” responsible for property  of an imperial court yard settled down. This fact has defined the street name – Kabinetskaya, which existed since 1822 till 1923. Before the name of it was the Big Officer street (1776-1821), the modern name of street Pravda is applied since September the 1st, 1923. The Name was given due to the fact that on April, 22nd (on May, 5th) 1912 the first number of the newspaper “Pravda” has been printed on Ivanovo (present Socialist) printing house street.

The history of building № 10 starts in beginning of a XIX-th century and it is difficult to imagine that up to now the building has remained practically untouched, except for additional buildings which were raised by owners of the house.

The building plan of the quarter between the Zagorodny prospect on one hand and Dostoevsky st. (the modern name) on the other hand, relates to the beginning of the XIX-th century. The line of modern streets Pravda and B.Moskovskaya has been laid in 1740 Between the Palace Sloboda which was located near the Vladimir church, and a large village of lejb-guards of the Semenovsky regiment.

The site represented triangle of a wrong configuration strongly extended deep into quarter. In 1830th the site belonged to a merchant of the first guild Lbov and his wife. In 1835 the architect Holopov made the project of the three-storied house, but only three corpuses located approximately in the middle of depth of a site have been constructed. The two floor inhabited building was located across a court yard, adjoined by a three-storied wing on the right and one-storied construction on the left, in the plan it has «П» shape with the ends turned towards the street.

This was rare for historical quarters of Petersburg – absence of an obverse facade of the house.

– In 1837 architect A.Andrianov has attached a new wing on the left side of the cross-section case.
– In 1844 architect Liven has built on the left part of a building the third floor and has made some changes in court yard building, has attached the narrow wooden constructions extended in a direction to street, but not reaching it.
– In 1881-90 architect A.I.Kovsharov has added a building with the construction occupying an oblique-angled ledge on the right, adjoining the right wing.
– In 1897 technician A.V.Druker has built a premise of services on the second floor.
– It is a well known fact that in 1890th the famous publicist, the sociologist and critic N.K.Mihajlovsky lived in the Pravda street 10.
– 1910 The St.-Petersburg railway club took over the building.
– 1912-1913 civil engineer A.G.Golubkov made cardinal reconstruction of a building with reorganization of facades, the main and lateral wings, the big hall was arranged in the cross-section case.
– In 1936-1937 the club has changed the name, now it belonged to workers of “the Union of the bake industry». It has been reconstructed by architect V.P.Makashev with the assistance of V.K.Krylov. Lateral wings with columns and porticoes were attached. The building has been finished and its composition remains till today. In Soviet period “the recreation center of workers of the food-processing industry” was located here.
– In 2000 the Recreation center has been passed to the Committee on the youth policy.

The building has remained without essential changes since reorganization in 1937. Now the building is in the list of the revealed objects of the cultural heritage, according to the law from February, 20th, 2001 № 15. 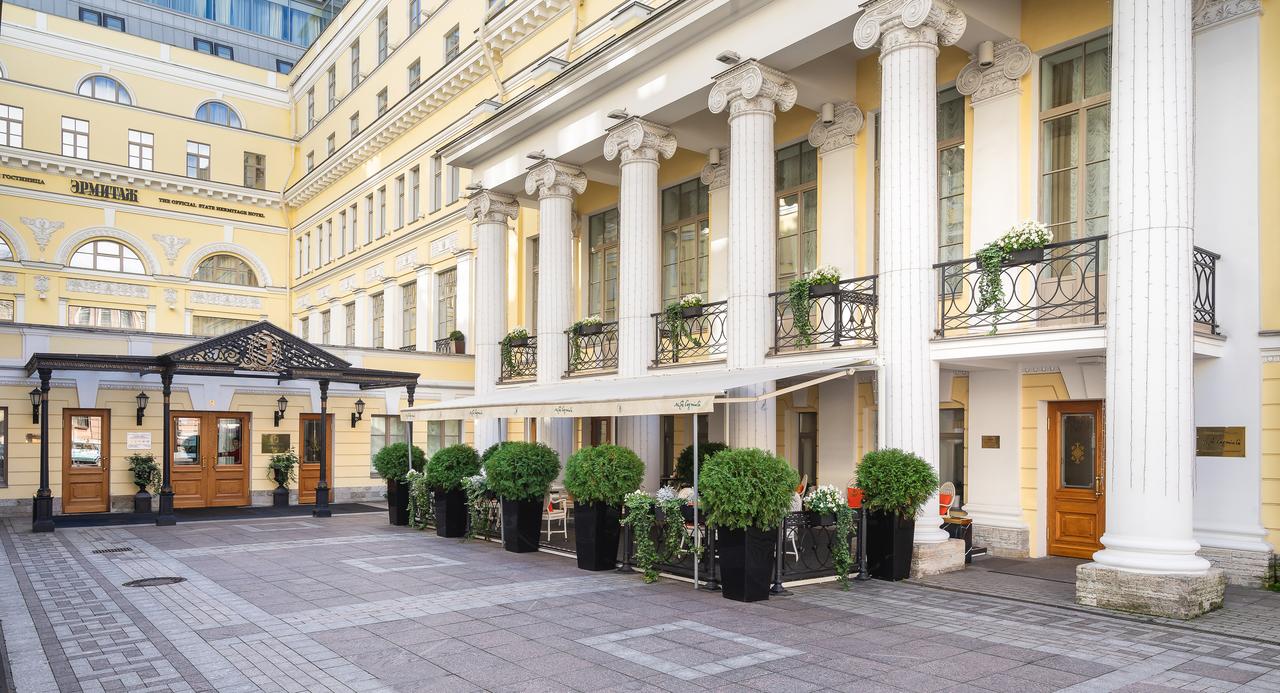