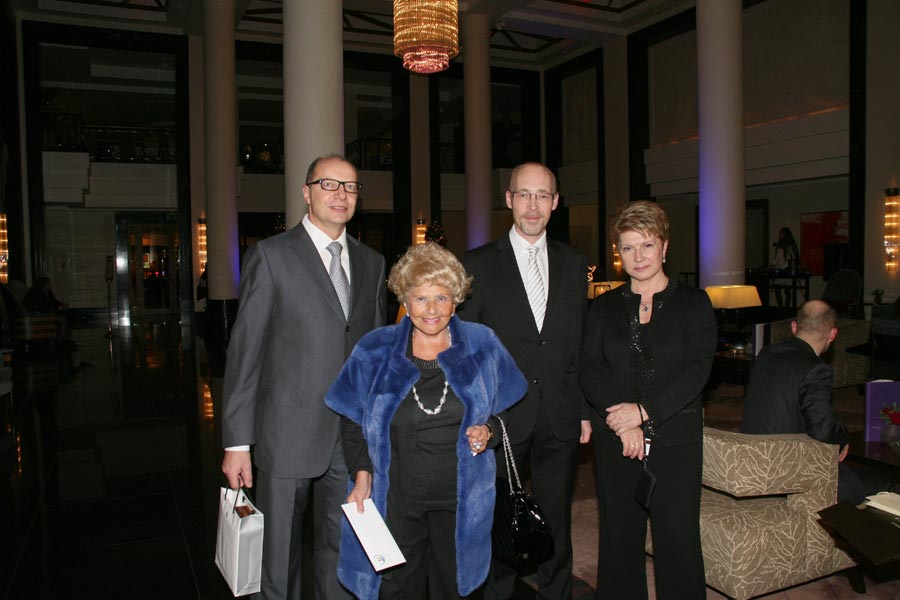 December 8 this year in Hotel “Corinthia Nevsky Palace” in a solemn ceremony was held a charity reception Foundation “Future of the motherland.” The event was held with the support of TN Hotels & More …, led by Mr. Thomas Noll, who is also Director of the Charity Fund. Proud sponsor of the charity receiving the company were: Lemminkainen, hotel “Corinthia Nevsky Palace”, Ramlosa, Dicanto, EWS, “Koleso”.

More than 200 guests of the event – politicians, businessmen, art and culture, the media -have been able to enjoy the wonderful music program with the participation of children’screative teams, culminating in the performance of famous opera singer Basil Gerello and have unforgettable gastronomic pleasure from the chef of hotel “Corinthia Nevsky Palace”

Curie Usmanov, Chairman of the Council of the Future of the Motherland Charitable Fund Council, presented to the distinguished public the composition, main achievements, and prospects for the development of the fund, the main purpose of which is to prevent the spread of drugs among school-age children and adolescents. The mission of the Fund is to create favorable conditions for the harmonious development of the younger generation, counteracting factors that have a detrimental effect on the health and life of children.

The Foundation has developed the “Program for counteracting and preventing the spread of drugs among school-age children and adolescents,” which was approved by the Education Committee of St. Petersburg in April 2011.

Since 2011, the Fund’s program has been implemented in schools in the Vyborg District of St. Petersburg and in some areas of the Leningrad Region. The management of the Fund decided to implement the program since 2012 in educational institutions of Moscow and other cities of Russia. Documents were submitted to open a representative office in the Principality of Monaco with the aim of working with international organizations to use international experience. The Fund, in agreement with the Education Committee of St. Petersburg, is conducting an action to host the Narconet magazine in schools in St. Petersburg. The journal will be used by teaching staff in training sessions and parent meetings as a teaching tool. Since 2012, it will also be distributed in one and a half thousand schools in Moscow.