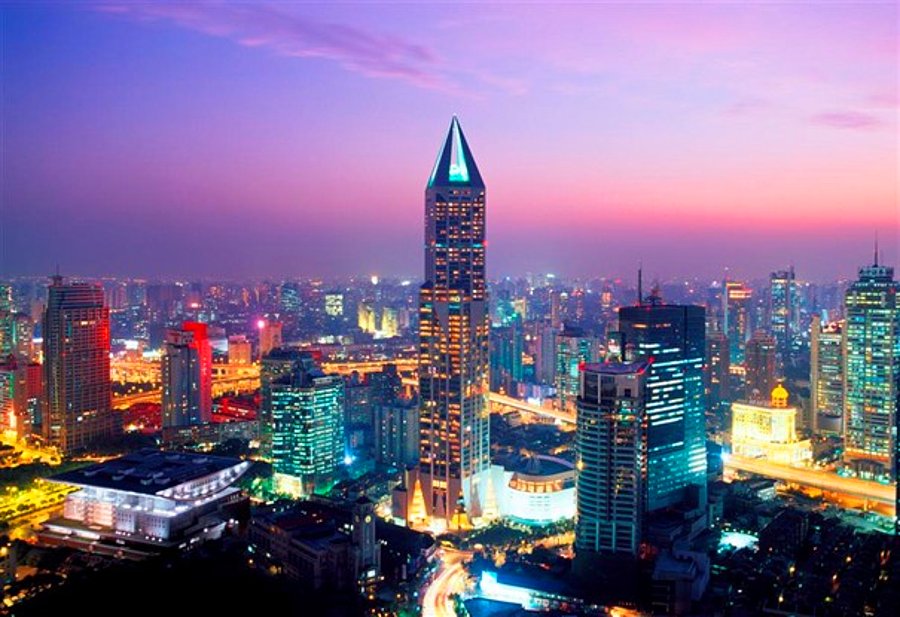 Concierge China: What was the state of the Grand Hotel Europe just before the acquisition—how was its management, revenue and so on? Could you mind telling us your task or requirement from Orient Express?

Thomas: The Grand Hotel Europe has been famous for 135 years already. When Orient Express acquired it in 2005, the hotel was managed by a good international management company that was doing its best to operate it like any other hotel among their brand with the limitations that the owners had put, i.e. without receiving funds for renovation and maintenance of the hotel that would keep it up to the expectations of a luxury traveler. So my task was to enhance the image, to fully renovate the hotel, to change the employees’ attitude and service levels, to substantially increase the average rate and the profit levels and to offer with this hotel a “Travel Experience” for the customers instead of just a “hotel stay”. That time the hotel was well positioned in the competitive set. My vision was to step out of this competitive set, and we finally made it possible.

Concierge China: It’s said that you finished the acquisition in one month. Can you tell us what did you done in this month and how did you make it?

Thomas: The acquisition itself took more than one month since it entailed long negotiations that would permit to arrive at better prices for the hotel and the procedures that were legally acceptable for all parties. At that time it was not easy for a foreign company to make such an acquisition in Russia. What took one month for me was basically from the day of completing the acquisition to step into the hotel which was already abandoned by the management, and to take full charge of the hotel, which meant to terminate within that month all employment agreements, almost 800 of them, to terminate all tenant & supplier – related contracts and other agreements, to establish new contract templates with different companies, to hire new and to rehire app 35% of the existing employees. Our prime goal was to make a number of substantial quality improvements in order to show to our customers the spirit of the new management. Eventually, all this was achieved within the first month.

Concierge China: In China, service quality is always one of the biggest problems for many hotels. And we know that you upgraded the levels of service resulting in the award as the Leading Luxury Hotel of the World in 2009 and you were also elected as the “Hotelier of the Year” by the European Hotel Managers Association the same year.Would you please share some practice of improving service?

Thomas: Those actions I mentioned above were fruitful since in 2009 the hotel received an award as the “Leading Luxury Hotel of the World”. All this was achieved thanks to the talented and committed employees that worked for me. However, the personnel can only be efficient if they are managed with excellent leadership skills. I only accepted department heads that have respect for employees all the way down to the cleaners that clean the street in front of the hotel. There was no room for “ego” since we concentrated on progressing in quality and profit. To upgrade the overall level of services one needs a management culture that refuses to accept anything but the best and that is in a constant search for the ways to continuously improve oneself in all aspects, which means to step away from the competition by making oneself one’s own competitor. We work with people and not with machines. People tend to forget things easily, that is why I insisted on training workshops and on daily repetition of the acquired knowledge and achieved progress. Management has to establish the culture of luxury service in the hotel in the back of house as much as in the front of house. To improve the service nowadays we also need to step out of the, so called, Standard Manual. Our Manual is the needs and wishes of our customers. Customers’ needs change rapidly in this fast-moving world, thus we need to change our standards whenever a customer gives us the opportunity so that we can make him or her satisfied and even exceed his or her expectations. I have selected frequent travelers and customers of the hotel as my “Advisors to the Managing Director” and I have given them business cards from the hotel with this title. These customers have became Ambassadors for the hotel and also spoke in front of my employees about their travel experiences around the world and how we could constantly improve ourselves with new ideas and innovations that we collected from our respected customers. One could go on and on here, depending how much space you have – there are no limits for improvement, indeed.

Concierge China: It’s a great challenge to keep operation well and revenue growing during renovation, especially for a hotel with over 130-year history. What do you think were the important factors of the successful renovation program of Grand Hotel Europe?

Thomas: Definitely, a hotel with over 130 year history needed renovation, and there was a certain program developed for this. I have renovated a number of hotels and I have never taken liberty to just close the hotel. I always kept operating during renovation and kept the cash flow coming in, not to burden the owner. Customers love hotels that are being renovated. They see that something good and new is done, so they can fully enjoy the results of the money they paid to the hotel. I always involve customers into the renovations. We consult customers about their ideas and desires before starting to renovate. We keep them informed of every step and open the doors for them at any time to see the progress. Naturally one has to be intelligent in finding ways to manage noise and dust and construction company employees, whom i.e. we also train in “smiling and greeting”. With the renovation of the Grand Hotel we went back into the history, recreated the themed suites that can set you back into the times of the Tsars’ Russia with its decor and amenities. We could provide a true travel experience by offering our guests to stay in different suites in the hotel so that one could learn a bit of the history by being accommodated there.

Concierge China: As your profile mentioned, you positioned the hotel as the rate and market leader with a clear distance to the competitors. Why did you make this position and what did you do to achieve it?

Thomas: Our hotel definitely stood out comparing to our competitors. We made a lot of well-planned steps, which implied not only the increase of rates at first time by 35% and more. During the peak periods we put the rates by 200% and more up because the demand could cover the price. There were periods with particularly high demands, so why not capitalize on this. We expanded our luxury services out of the hotel as well, i.e. established the best limousine transfers with the best drivers in the destination so that one could feel the care and service levels of this hotel from the very moment of arrival at the airport. Even in the leading theatres, we bought our Hotel branded boxes for a full year in advance, we opened a restaurant out of the hotel, we provided catering services in the most famous palaces and concert venues in town, we bought a Riva boat in Venice and brought it to the canals of St. Petersburg. Basically, we could provide a full luxury experience since we did not depend on third parties. No other hotel could provide that.

Concierge China: You initiated the first Russian Christmas Market Fair that finally became an anannual city event. Could you please tell us your motivation and the background of the project? What do you think the meaning or effect of Charity works for hotels and managers?

Thomas: The motivation was due to the very low touristic season in the winter months in St. Petersburg. When running occupancies are of 25%, one has to do something about it. So I established a brand for the winter period that was adapted by other hotels and the cultural institutions called “The White Days of St. Petersburg”. We created many cultural events, and the Christmas market truly brought light into town during the darkest winter days. I am very happy that this market is still very popular and contributes to the beauty of the city in wintertime. We always try to find different ways to make people happy, one of them is the charity work. Charity is a Social responsibility. As a hotelier we have the means to assist in charity events by providing spaces, catering and employee support. But we took it further – through the Christmas market we established a program where every day during the market a famous personality would make an oil painting based on a theme that was set. We were lucky that famous personalities such as Mr. Putin and Mr. Medvedev and Anna Netrebko and others participated so that the annual auctions of these paintings raised up to 3 Million Euro of funds that could be handed over to children institutions in need. The Grand Hotel Europe also was the only hotel that established its own official charity foundation at that time. Our customers contributed to this foundation daily through consumptions in the hotel of which a small % went into the foundation. That is how charity has become a business since we received a lot of free publicity and we emotionally tied the customers to our hotel, since they were educated in what good deeds we do with the % of money they spend in our hotel. Charity is about doing good and speaking about it and bringing value to “those in need” and the business as well.

Concierge China: Last but not least, would you share the current state of hospitality industry in Russia, such as the growth, the investment spot and opportunity?

Thomas: Working in Saint-Petersburg for many years I can see that Russia has a huge growth opportunity. It is a beautiful country which touristic and business potential has not been exploited – it will naturally lead to a continued growth. What we lack at the moment is enough skilled labor force, but for this the first international hotel school Swissam has been established. Another 4 schools are on the drawing board to be opened. ROI can still be achieved due to low operating costs. Payroll is much lower than in European or American properties and room rates are still at very good levels. Russia is a wonderful country to live and to work. Everyone can be happy and reach a lot here. I will strive to promote this idea globally.